Why Is The Theme Tune From ‘MISSION IMPOSSIBLE’ So Well-Liked And Successful? 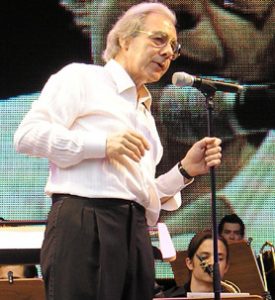 Everyone has at least once heard the theme music from the famous film series “Mission Impossible” with Tom Cruise in the lead role. Older generations still know it from the TV show, others from the cinema. Moreover, its title music was oftentimes played on the radio and even in clubs, in fact in many variations. The Argentinian born film composer Lalo Schifrin (1932) is certainly no stranger to film music aficionados. Yet, many people no longer know the genesis of this extraordinary music I am writing about today. Above all, I’ve asked myself the question: Why is this piece of music so unique, and of such high recognition value?

First of all a little background information: In 1966 the original TV series “Mission Impossible” was launched by the order of CBS Network, produced by Desilu Productions and Paramount Television. With seven seasons, the series was extremely successful, not least because of the famous ’signature’ tune, composed by Lalo Schifrin. Thirty years later, in 1996, the first of five sequels were released in cinemas, starring Tom Cruise, again featuring the same title music by Lalo Schifrin (with exception of the second instalment, where Hans Zimmer completely composed his own score). And now, here comes my question: Why is this music still so popular and well-liked, over 50 years later?

In my opinion, there are two reasons for this:

1. The structure of the music in 5/4 time signature

While in the whole (western) world, music in a time signature of 4/4 or 3/4 has established itself as something natural – and for reasons of “danceability” probably in our ears as something “normal” – Schifrin chooses the 5/4 time signature. The music played in 5/4, 7/8 as well as in 9/8 meters belongs more to the traditional music of the eastern hemisphere. It is found in the music of the Balkans, Turkey, frequently in Arabic music, but most often – and still today – Indian music is played in odd time signatures. The 5/4 beat does not convey stability and harmony like the 4/4 or 3/4 beat. Even so, because of this unusual division of the five beats in time, tension, liveliness, and the desire to free oneself of the inequality of the unusual rhythm is created. By the way, this is also conveyed by the topic of the film-franchise: The Mission is “impossible” – the protagonist is given the task of doing something unusual, something impossible, something exciting. So: an extraordinarily well-done musical addition, and a special commentary on the film’s theme.

As inspiration Lalo Schifrin took reference to the International Morse code: two long and two short beats, which stand for “M.I.” (_ _ . .), representing exactly the theme of his musical composition. An interesting connection is established here: One language transforms into another. Schifrin has efficiently exploited something already conventionally existing and anchored among people, thus creating an entirely new musical code.

It is not surprising that many have covered this music theme. Lalo Schifrin is said to have joked, that only aliens with five legs can dance to it. This was probably one of the reasons why the theme was changed to 4/4 beats in the first feature film in 1996. The peculiarity of the 5/4 time signature is just this “inaccuracy”, something that is constantly “out of frame”. I wondered, how many sound pieces are known to make use of the 5/4 beat? Well, I just remembered “Take Five” by Paul Desmond in the Dave Brubeck Quartett. Sting’s songs would also be representative of the odd time signatures, but then, one would have to search a bit longer. They are only to be found in modern classical music, and even more often in jazz.

Admittedly, as a musician I can confirm that playing 5/4 beats takes a lot of getting used to, and it requires considerable practice. But if you dare to take this unusual path, you obviously will have notable success.